PEMRA has fined ARY News heavily over the airing of fake news. ARY News aired the news that Meesha Shafi has ignored the court summons. After that, she has fled the country after recording her new song, On 5 December 2020.

They further stated that Meesha left the country 2 days before the date of summons declared by the court.

ARY News failed to report accurately, it was declared in the report.

It also tried to create a false impression of her so she declared it a victory on social media. 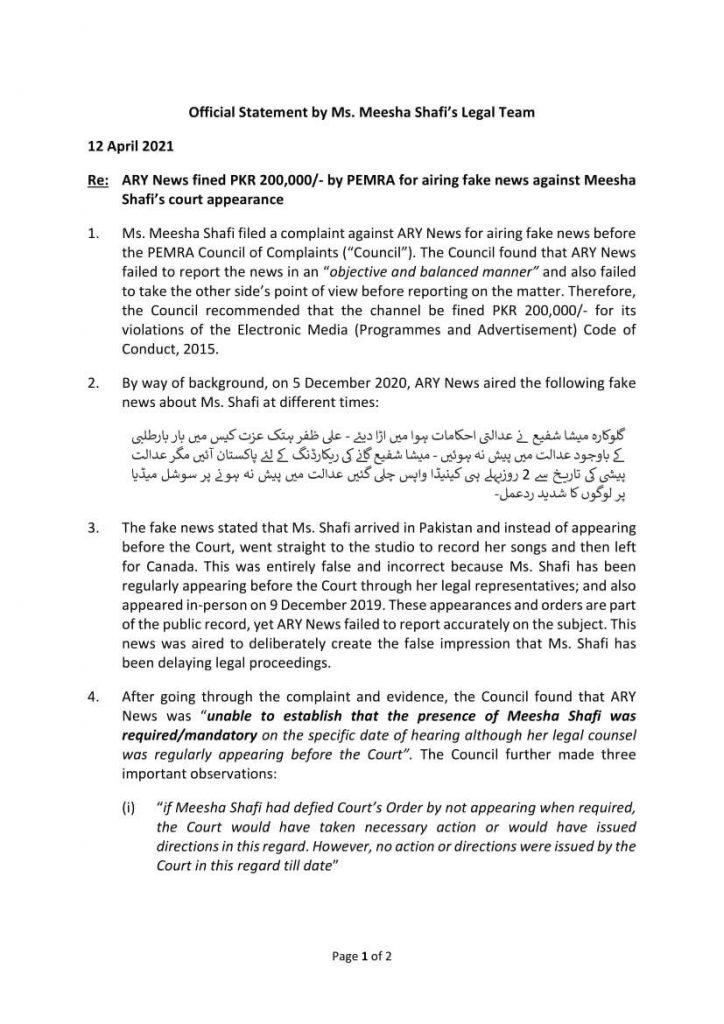 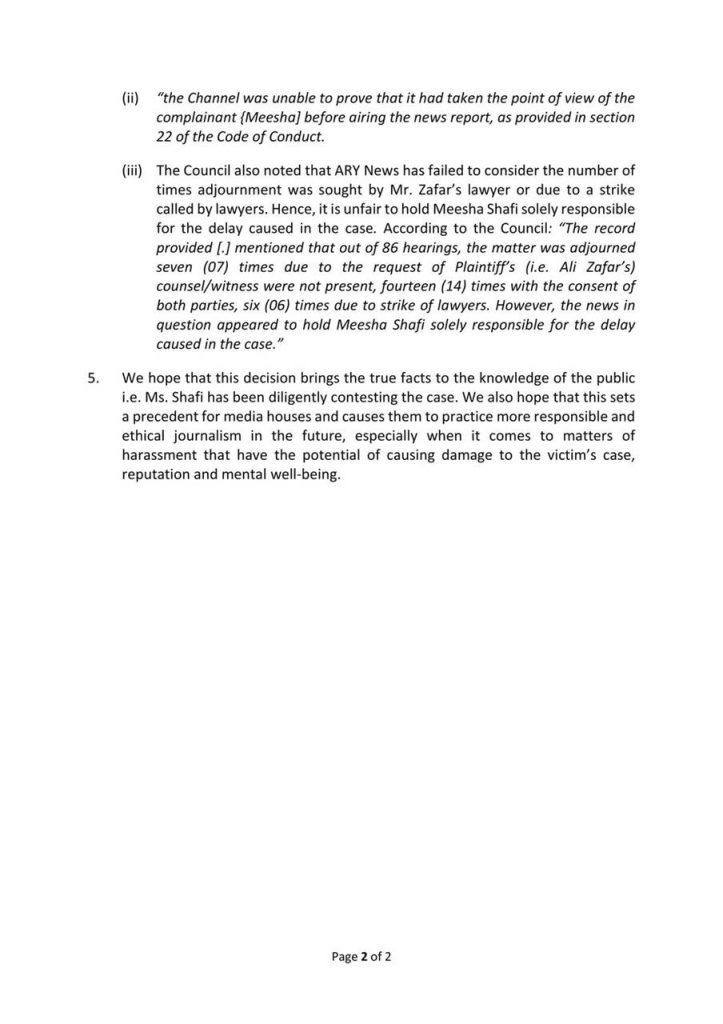 “ARY News was unable to establish that the presence of Meesha Shafi was required or mandatory on the specific date”, The official statement reads.

“If Meesha Shafi had defied Court’s orders by not appearing when required, the court would have taken necessary actions”.

Meesha’s legal team also stated that Meesha herself and her legal representation has been regularly attending court. And these appearances are part of public records.

Ali Zafar and Meesha have been appearing before court for quite some time now.

Back in 2018, at the height of #MeToo, Meesha accused Ali Zafar of sexual harassment of physical nature. The case has been going on since, moving from a higher. The higher court, finally reaching Supreme Court. Several others have also come forward with similar allegations but have not made it to the spotlight. Read more on Meera g’s Controversies

Catch the Scratch Around the Globe Here!